Brand new today is my part in the August/September zigzag lines color collection for the Zig Zag Scrap Designers. Here's a look at everything you can choose from! 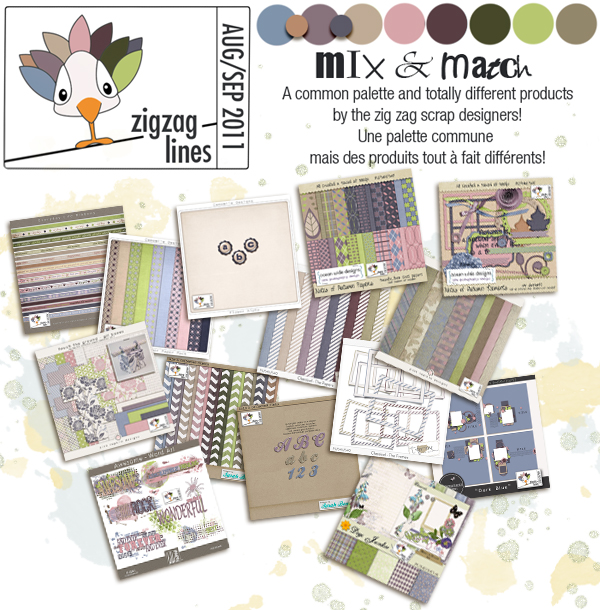 Here's a close up of my contributions: Calm & Collected Papers 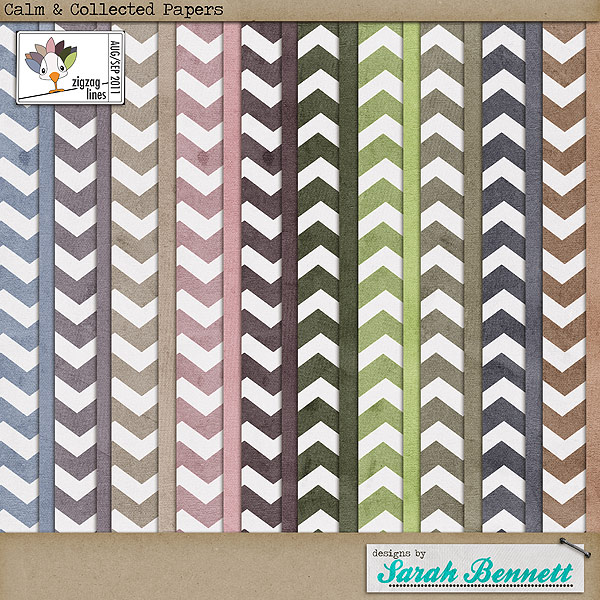 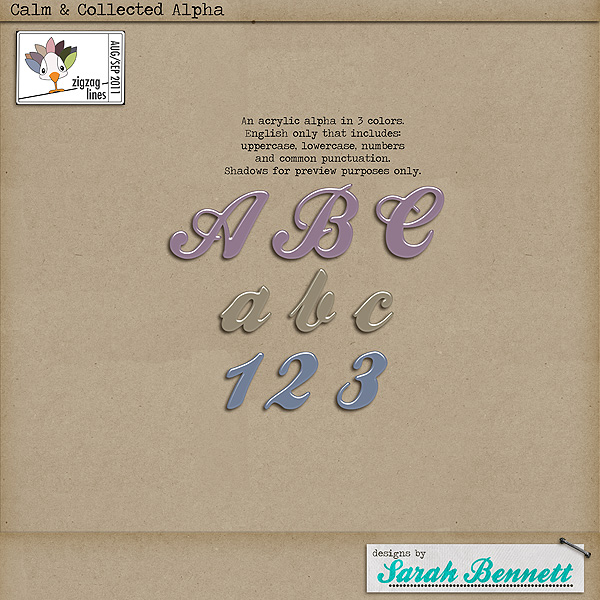 It's been a slow month for me with getting back into a routine and harvesting all the yummy goodies out the garden, but I'm hoping to have something brand new in the near future. I'm working on repackaging some older products up and had asked on Facebook which products you would like to see back in my store. I got several responses and wanted to make sure I didn't overlook something so I figured I'd ask here as well. Is there any of your favorites that I should bring back or did you miss something that you'd like to see for sale again?

Ready to start your engines?

Welcome back everybody! I'm excited to announce that I will now be selling at Zig Zag Scraps! I feel like it has been a long time since I've designed anything and I'm really excited to be at it again and I hope you are too!
My first new release is On the Go, perfect for all those car related photos and enough goodness in here to make a non-specific themed page. Also included in this collection is 29 wordart strips to add to your page! It's also 20% off this weekend! 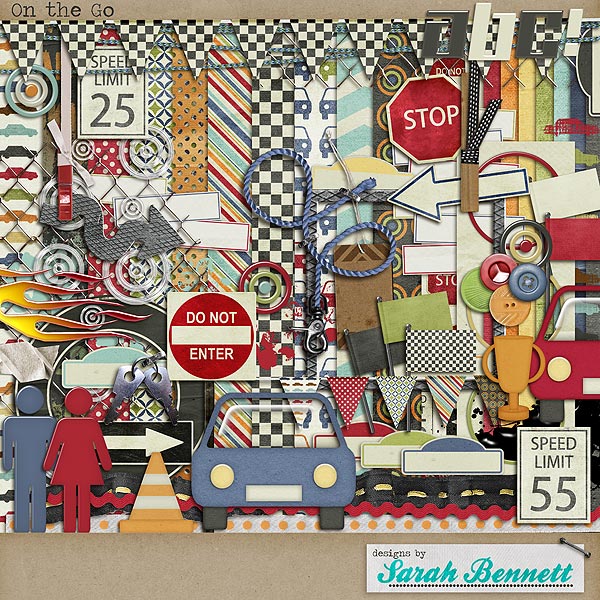 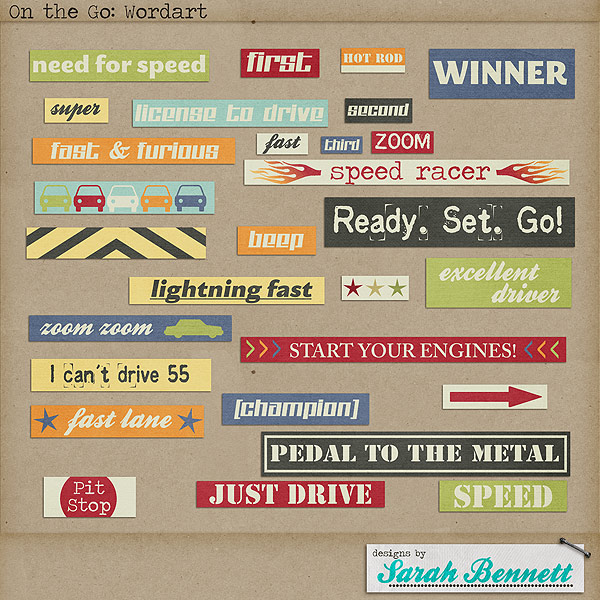 I'm also releasing a Cardstock Basics pack. It includes 50 different colors and is perfect go to when you need a solid. This is the first in line of basics I'm creating. It's also 20% off right now. 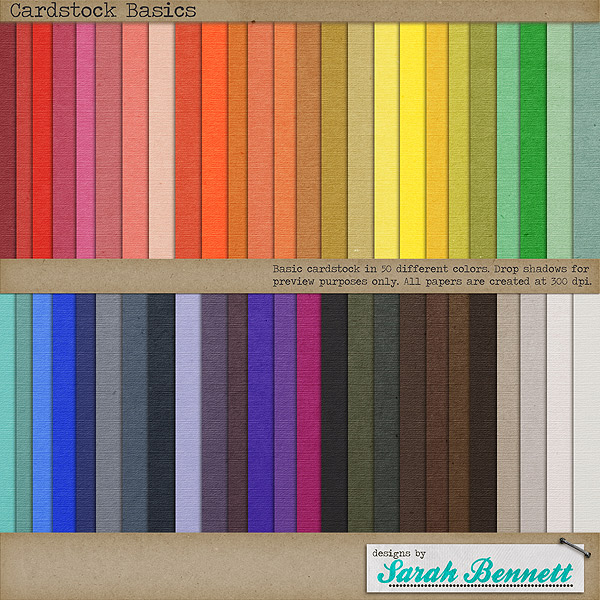 https://zigzagscrap.com/store/Cardstock-Basics-by-Designs-by-Sarah-Bennett.html
Check out these awesome layouts by my personal CT and the Zig Zag Scrap CT: 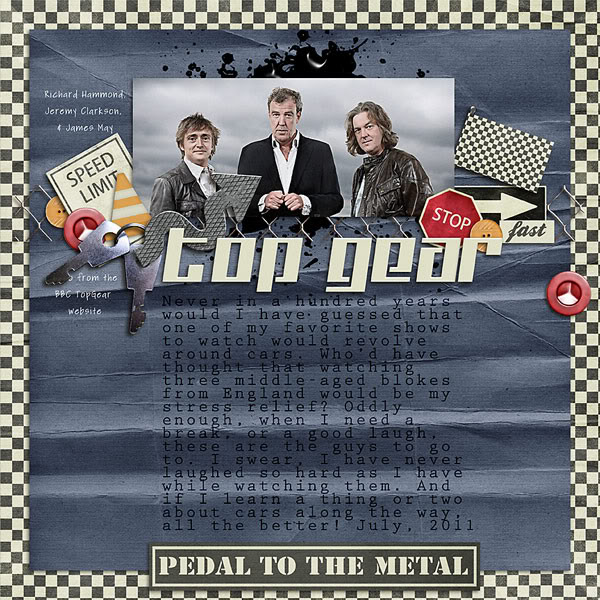 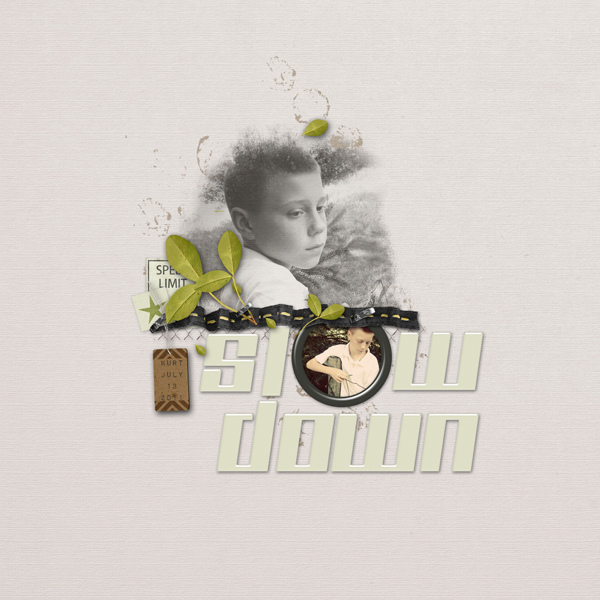 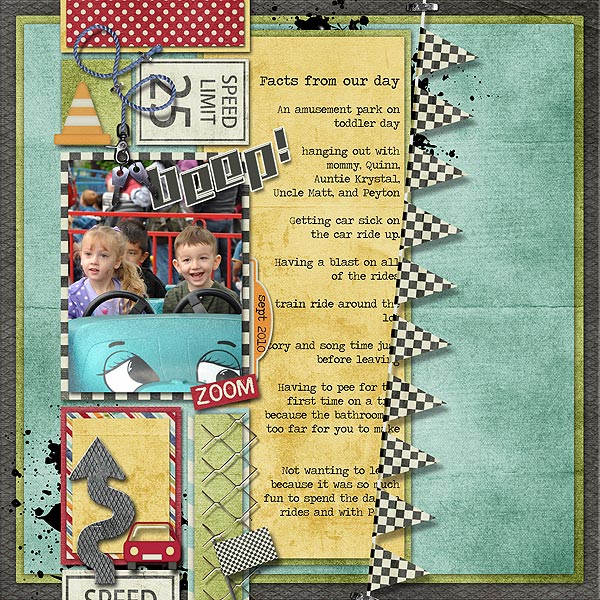 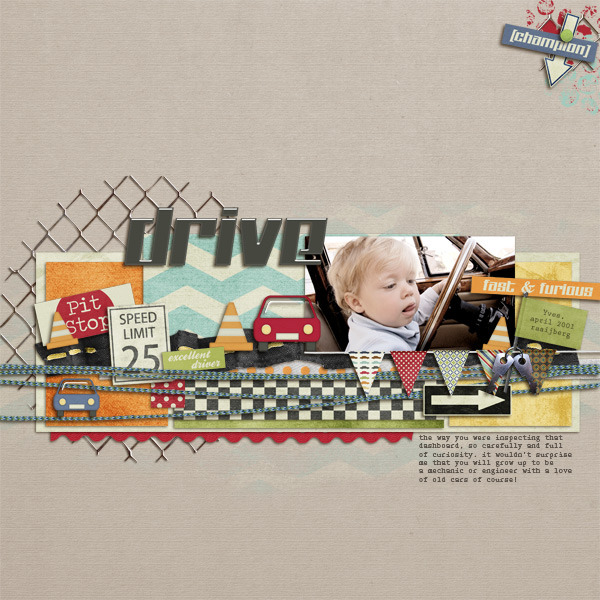 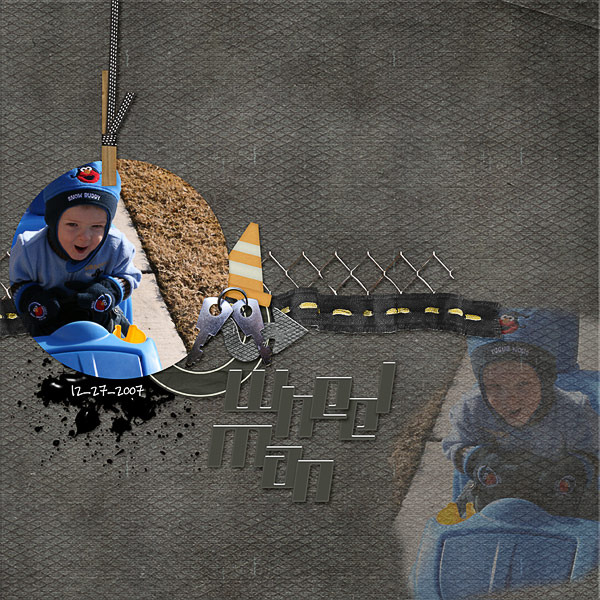 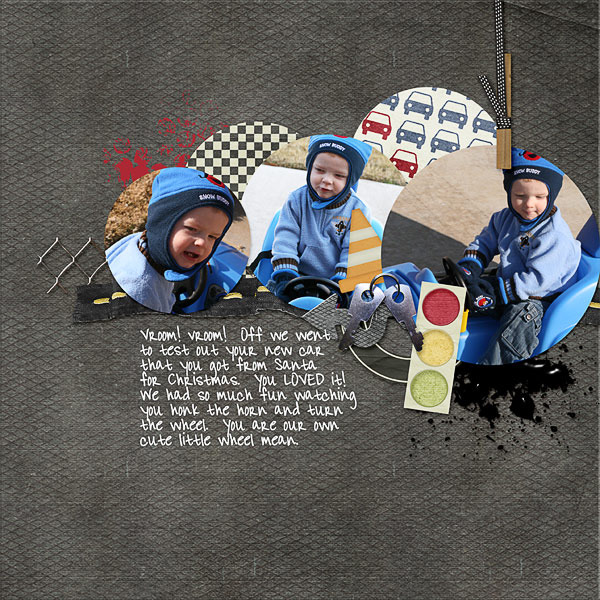 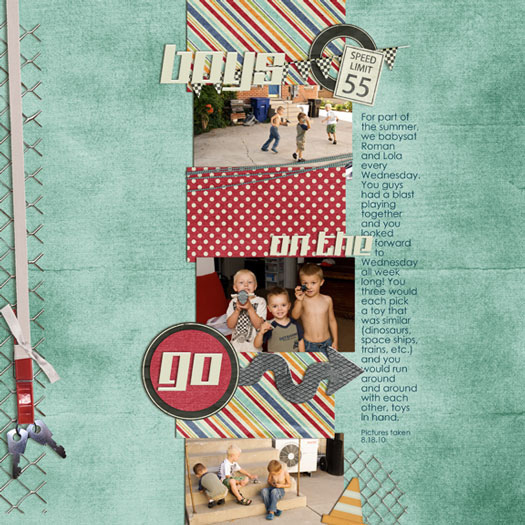 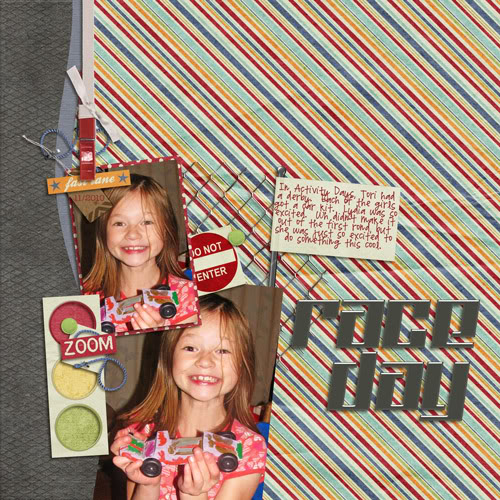 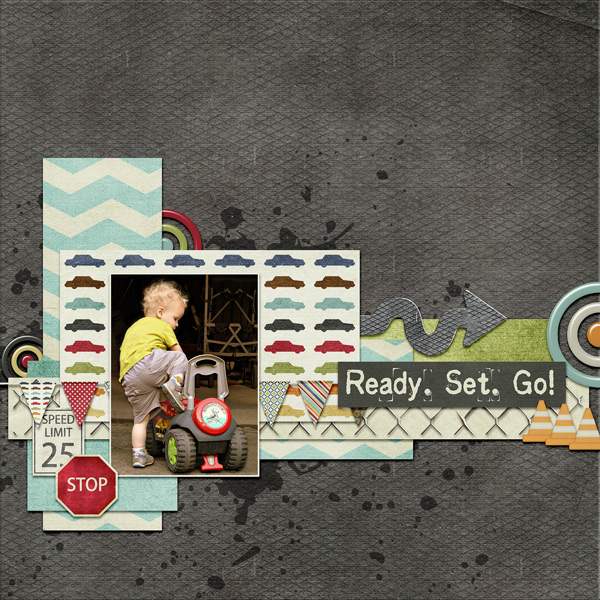 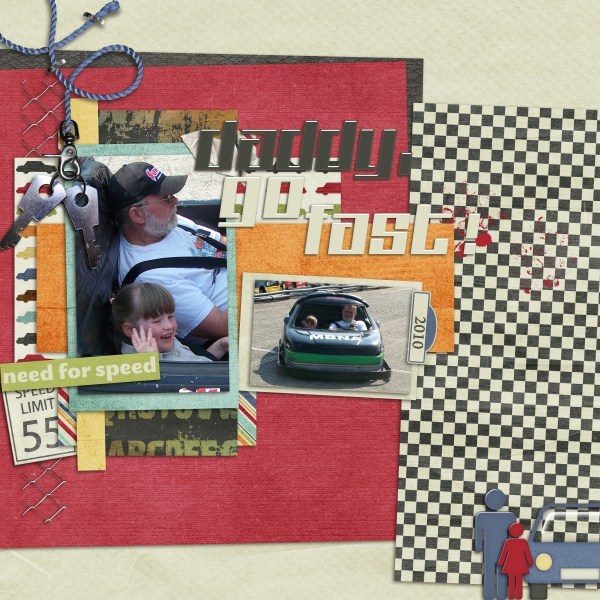 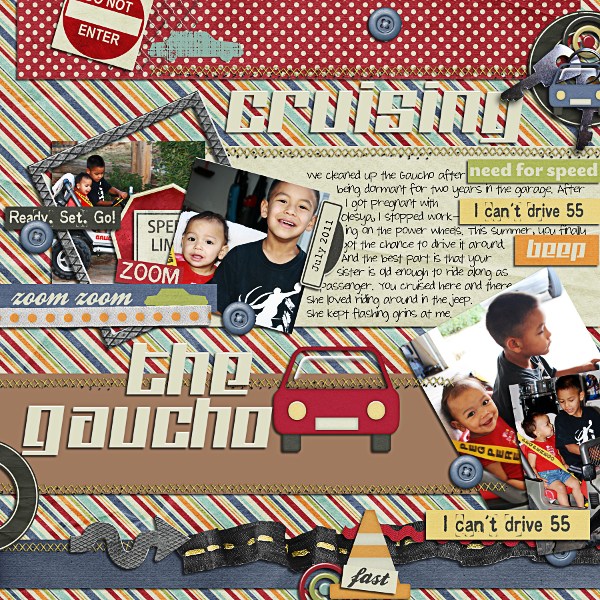 Want a chance to use my newest kit before you can buy it?

I'm having a Facebook fan only one kit call! I have a brand new kit coming out this weekend and would love to have a few additional pages. I will provide the kit to a few lucky people if you show me your favorite layout using any of my older products! Easy enough, right?

You have to be a Facebook fan to be considered and I'm only posting this to have a place to show links. If you are not already a fan, you can like my page HERE.
Posted by Sarah at 1:39 PM 2 comments:

A little of what I've been up to

First of all, thanks so much for everyone who took the time to comment about my last post! I honestly had no idea that I'd be missed or that anyone would still be wondering about me with so many other designers out there. It means a lot to me so thank you!

I just wanted to share with all of you what I've been up to for the past several months.

We planted a garden around the middle of May and it is a MAJOR time consumer, but so worth it. This picture was taken at the end of June and surprisingly everything has like tripled in size. We've already picked all of our iceberg and romaine lettuce, broccoli and cauliflower. We've also picked some peppers, okra, zucchini, okra, cucumbers and a handful of green beans.
I've never been one that like to play in the dirt, but this garden has really changed me. I'm even entering it now with no gloves even though there are bugs in there. Don't get me wrong, sometimes things get on me and make be do the heeby jeeby dance, but it's not as bad as I thought it was. I have a feeling we're going to have an over-abundance of everything, so if anyone has any good recipes, please link me up!

For any of you that have been following my blog for a while, can you believe this little girl is now three?!?!? Where has the time gone and how'd did she get that big so fast?

Thing 1 had a birthday in April and he's now four! I remember in my pre-kid days parents saying how shocked they were that their "babies" were growing up and I used to think to myself, get over it, that's what happens. Now I totally get how they were feeling. It just seems like they were teeny tiny babies.

I've also been giving my sewing machine a good workout. I've made pretty much anything you can think of making, but I love making little dresses for thing 2 and bags of any kind! I've tried to make clothing for me and it always ends being an epic fail.

At the beginning of the year, I kind of shifted gears to try to work with what I've got. This has sort of been hard for our family, only because we always had the means to get what we wanted so trying to go without some things have proved harder on some of us. I've let go of a lot of things that I thought I needed and find a cheaper alternative to the things that we actually do need. I'm still going with it and it's surprising the amount of money we've saved by not buying ziploc bags or laundry soap and using fabric baggies or containers and homemade detergents instead.

So that's my life in a nutshell. Nothing too exciting ever goes on around here, but I honestly prefer it that way.

Look at you, you've made it all the way to the end of this post! How about another freebie?

Email ThisBlogThis!Share to TwitterShare to FacebookShare to Pinterest
Labels: freebie

Well, hello there. Remember me?

Remember once upon a time when I used to post things on this blog regularly? Yeah, me neither. I am posting today though after spending way too many hours this morning trying to figure out how to change the look of my blog. Many, many frustrated hours. But, I think I got it looking somewhat like I want and thought I'd start posting on here again. I was embarrassed by the way it used to look and didn't want to post anything on it for you all to see. Kind of like the way you feel when someone comes over to your house unexpectedly and it's a disaster. Well, actually, that's the way my house looks on a daily basis. Anyways, I like the way it is right now and want to invite you all back!

Many of you may have wondered where I disappeared to for a year. Right after I decided to retire, we ended up getting an amazing deal on a house in the town where I wanted to live. We moved in last September, but there was tons of work that needed done (still needs done) The only major negative thing about the place is that we weren't able to find an internet provider that was within a reasonable price. After many months and much frustration, we were finally able to get the internet back in February. I honestly believe I'm addicted to the internet. I seriously went through withdrawals, people. It honestly hurt to breath sometimes without it.

I've still been digi-scrapping and am on a couple of creative teams. I've also took up sewing in the last year which I LOVE. I've been playing around in Photoshop for the past week or so because I realized I missed making things and thought I'd share a little paper pack with you. I've made other coordinating things that I promise to post here soon. I'm just enjoying making things without the rush of being in a store. I've also been able to learn a few things which I hope to apply and share with you all!

I'm going to start posting more things on this blog like my scrapbook pages, sewing projects, recipes I love or just things I find interesting. I hope you'll stick around :)
Posted by Sarah at 2:11 PM 13 comments: